Out of the Many, One: An Angel Message 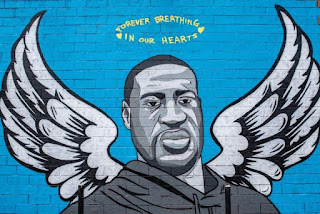 I woke up this morning feeling saddened by our racially divided country.  While praying for peace, I imagined all the people coming together in one song.  The peaceful protesters, the National Guard on the streets, the agitators in the crowd.  One lone voice sang out, breaking the mesmerism that God's Children of Light were separated by skin tones.  That single voice, singing out in the night, was soon joined by another and another, until before long all the people were singing together in harmony. I felt hopeful, music is the bridge, and we each have a song in our heart.

Then, later this morning, another unity message came to me while searching my closet.  I found an old map of the United States tucked away in an angel box along with some postcards from around the world.  Unfolding the large map, I saw  it had no state borders.  Just one country, united in green.  I put the landscape U.S. map by my desk.  Writing the blog just now, the words e pluribus unum came to mind.  I looked up the meaning once more... "out of the many, one."  Our country's motto. 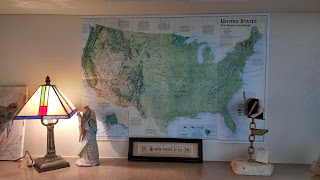 In closing, I wanted to share a healing song with you, a favorite.  What A Wonderful World.  This is the original version with Louis Armstrong speaking about love in the introduction.   You may want to have a tissue ready...

May peace be with you today as we join hearts together as One.