Aurora Borealis: A Gift from the Angels 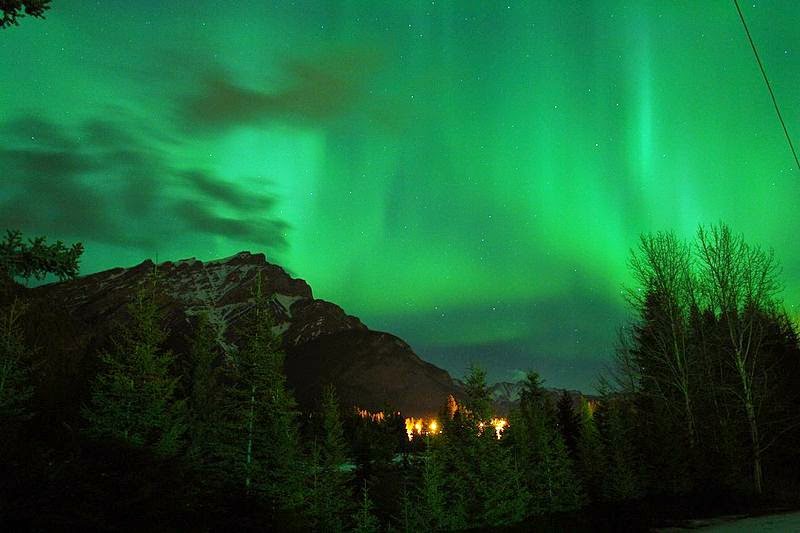 
An aurora borealis lights up the sky and fills my mind with wonder. I saw my first Aurora Borealis in the early 70's while living in Fairbanks, Alaska.  So impressed by this  magnificent phenomena, I memorized the definition.  The aurora borealis is caused by the reflection of the sun's radiation upon the rare gases of the earth's upper atmosphere. Who would imagine that scientific description could convey such rare beauty.

The aurora shown here is over Banff Springs, Canada, the ethereal retreat for Archangel Michael. In 1994, I visited Banff Springs to attend an Archangel Michael spiritual conference that was life changing.  Four months later, I found myself leaving everything familiar and beginning a new chapter in life.