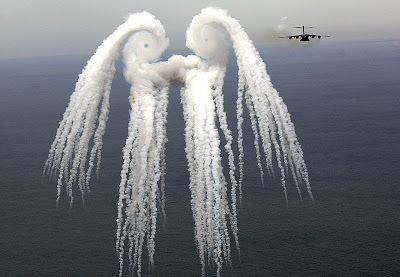 I was thinking about the situation in Syria and wondering what the angels may suggest.  An angel thought came to me regarding The Silent Minute.  Years ago, I'd read about its historic movement in Great Britain.  I looked it up on Wikipedia:

The idea was developed in Britain in the Second World War, initially from an idea by Major Wellesley Tudor Pole. People were asked to devote one minute of prayer for peace at nine o’clock each evening. He said:


“There is no power on earth that can withstand the united cooperation on spiritual levels of men and women of goodwill everywhere. It is for this reason that the continued and widespread observance of the Silent Minute is of such vital importance in the interest of human welfare.” [1]

The Silent Minute began in 1940 during The Blitz on the UK when Major Wellesley Tudor-Pole perceived an inner request from a high spiritual source that there be a Silent Minute of Prayer for Freedom, at 9 pm each evening during the striking of Big Ben. If enough people joined in this gesture of dedicated intent, the tide would turn and the invasion of England would be diverted. [2]

An anecdote emphasizes the profound power of the group meditation of the Silent Minute. In 1945 a British intelligence officer was interrogating a high Nazi official. He asked him why he thought Germany lost the war. His reply was, “During the war, you had a secret weapon for which we could find no counter measure, which we did not understand, but it was very powerful. It was associated with the striking of the Big Ben each evening. I believe you called it the ‘Silent Minute."
The Angels of Peace are calling upon us to keep our focus on world peace now.
Love and blessings,
Karen
Posted by Rae Karen at 6:23 PM