Let it Shine: An Angel Message 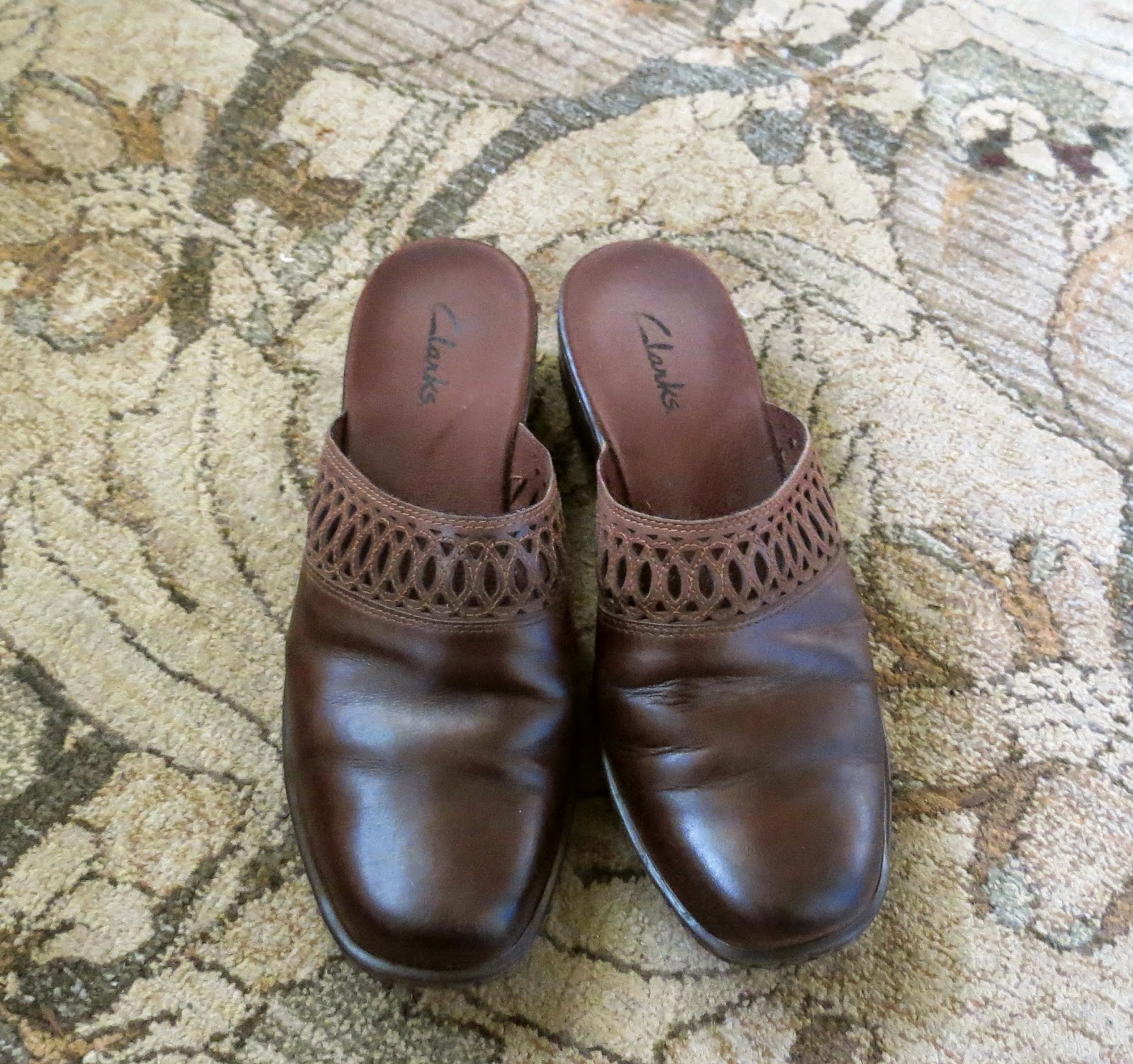 On travel last week the angels gave me a message as Elliot and I headed for Ground Transportation at the Richmond airport.  My attention was drawn to a shoe shine service. A shoe shiner and two security guards were hanging out, laughing.  Business was slow.  I wanted to be a blessing.  If only I had a pair of shoes to be shined, I thought, hurrying by them to the restroom.  Then, I remembered my brown leather clogs in the suitcase.  They could use a good shine; I planned to wear them at Mom's memorial service on the river banks.

Grabbing them from the suitcase, I hurried back toward the shoe shine stand.  I began to wonder if I'd heard the angels correctly, because they were leaving. Holding up my shoes, I called out, but they were heading down a ramp and didn't turn around.

For some reason, I kept chasing after them,  shouting. "Sir, do you have time to shine my shoes?"

Suddenly, the elderly black gentleman,wearing a chapeau on his head, turned around. "Were you calling me?" he asked, with a big grin.

"Are you going to lunch? Or can you shine these?" I asked.

"Come on, darlin'.."  He smiled, leading me back to the stand where Elliot was waiting. "Do you want to wear these cause it will be easier to shine." I put them on and took my seat up high with my feet up.

He was terribly upset about ISIS and their recent barbaric actions.  The TV monitor was on above us as he put on the polish.  He said, "God will have to put a stop to all of this."

I said something about keeping our focus on God for the answer.  Then he talked some more about how the country needed to take this more seriously.

I found myself asking, how he came to know the Lord?

He stopped shining my shoes and looked up with a twinkle in his eye. "I'll tell you, but it may take awhile." He said, with a bright smile.

"We've got time!" Elliot and I smiled. Our flight had been early.

His story began: When I was a young man drinking and running around with women, doing no good, one night a robber came up to me in a dark  alley on my way home. He had a gun and pointed it at my head.  Shaking, I told him, "I've got $100 in my pocket, take it...but please don't hurt me!"

He pressed the gun against my temple.  "I AM going to kill you!!! (expletive deletive)

In that moment, I didn't call out to my mama, I called out, LORD! HELP ME! I'M TOO YOUNG TO DIE!"

The robber pulled the trigger.

He pulled it again.

I grabbed the gun  and knocked him out.

I ran home and told Mama. "Why do you think God saved me? he asked.

She said, "All those years when you've been running around doing no good, I've been praying for you.  So when you called out to God, he plugged up the gun so you would live because He knew then that you were serious and ready to change."

His mother's prayers worked, he said. "This was the best thing that ever happened to me because it changed my life.  It saved my life.  "All things are possible with God," he smiled.

Elliot and I thanked him for sharing and walked on grateful for more than a shoe shine.