Fish of Light : An Angel Message 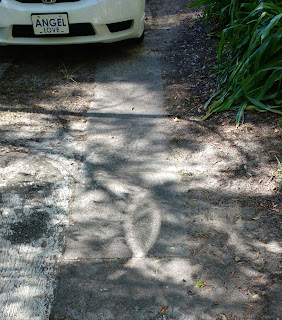 Late yesterday morning, I realized the birdbaths were in need of a refill.  As I was on my way to grab the garden hose by the back door, I was taken aback by an unusual image.

The  illumined symbol of the Christ fish!

At first glance, I thought it was an imprint from the hose on the driveway pavement.  But that wasn't the case.  Somehow the solar fish had been created by light.  But how?

I hurried inside the house to grab my phone for a photo, hoping the symbol of  Christ Light would be there when I returned. 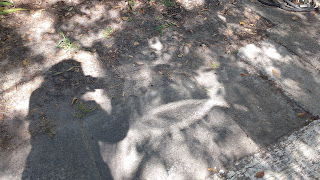 Elliot and I tried to figure out the logic behind it.  If the fish symbol had been formed by tree branches, a silhouette of  the ichthys would have appeared, swimming along with other shadowy branches.  Yet, this "Jesus Fish" is outlined in light.

With all the extreme chaos in the world now, I was most thankful for the angelic reminder to keep having faith in the unseen.  The indwelling light of  the Christ is alive.  And, all is well.