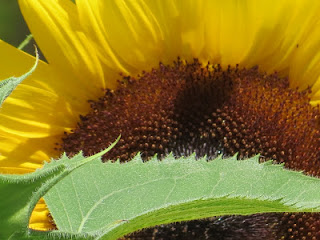 Many years ago during a time of major transformation, a healing prayer came to me.  I had left behind all that I knew:  my home, family, friends, career, and moved to another state to work on an angel documentary.  A new chapter in life.  It was one of those opportunities that you know is meant for you.   There were many challenges-- learning a new profession, how to get around a new city, sharing living space, and most of all redefining who I thought I was.

A new friend I met on the spiritual path gave me a healing tool.  Audio tapes on Grace Awakening. Mary said that listening to them would bring up anything unlike Christ consciousness.  Hidden patterns of guilt, anger, fear would be revealed to be healed. She had listened to the tapes and prayed the Grace Prayer daily.  It had helped her so much that she passed them on to me.  I'll admit the first time I tuned in, it didn't seem a fit, so I set them aside.

When another issue arose, Mary asked me if I was praying The Grace Prayer.

I admitted that I wasn't.

Not ready for more purification, I dismissed it. The following day I had wanted to mow the tall grass from all the heavy rains. A new client was coming for healing work. I wanted the yard to look its best.  Earlier that week, the mower wouldn't start. But now, my ego was determined.  I did a Reiki symbol over the lawn mower.  Then started it up.

The engine sputtered, but I got a large section done before it conked out. Like a tease, it would start  up, but when the throttle opened all the way, it quit. With more gas, I made progress, but it died again with only half of the lawn done.

Frustration kicked in.  "Did I miss the timetable here?" I asked God.  "Was I supposed to move out when my room mates did? The sun room roof leaks. The dishwasher is broken. And, now I can't even mow this big yard. Is it asking too much to get one thing done?  I'm trying to do Thy will."

I was so frustrated and determined. My intent was 100 percent to mow the yard.

An inner knowing said, “Let it go. What does it matter?”

"Okay. I turn it over to you," I said, retreating to the house.

The Grace Awakening audio tapes were on the dining room table. I was guided to listen.  I went outside, stretched out on the grass and looked up at the tall pines as I heard  Diadra Price, the author of Grace Awakening, talk about her experience with The Grace Prayer. She had prayed it everyday for a year and had cried each day. The prayer was more powerful than therapy, she said. Many people also shared that after a few months of praying it, their lives changed dramatically for the better.

After listening to several tapes, I read the Grace Prayer aloud. Feeling lighter, I thought, "Now, maybe I can mow the yard."

When I started the mower, it sputtered in low gear, then with a great push of energy, expended by my frustration, I opened her up all the way. With God's grace, the yard was mowed. And, I had learned a prayer for healing.

I began each day with this prayer. It wasn't long before I began to feel the healing effects.  Weeping at times without knowing why, old buried wounds were being healed. Afterwards I thought it should come with a warning. Don’t pray it unless you are ready to release your old stuff.  The prayer is also effective without the tapes. It may be time for me to start praying it again.

For Thee I Thirst.
Into Thy hands I commit my Spirit,
(My Soul, my body, my life, etc.)

Thy Will is my Will
Thy Will be done through me now!
Heal me at depth.

That I may glorify You, God,
And live in the Consciousness of Grace.

It is finished!
--Wings of Spirit