"Dot your "i's and cross your t's": An Angel Message 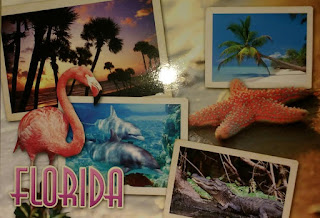 Since I recently began writing old fashioned postcards, I was reminded that I don't always dot my i's, and my t's are a downward dash. I took it as one of those angel messages to slow down, and pay full attention to whatever I'm doing.  Precision is key.

Later on in the week, I began to understand that the saying, "Be sure to dot your i's and cross your t's," had a deeper lesson. It had to do with paying attention to the abstract details in my daily life.  Every person I would meet has a piece of my puzzle, whether I realized it or not.  There were no random acts.   For instance, while having lunch out, I bumped into an old friend who provided our first winter rental six years ago. Her encounter brought a timely weather report.  A freeze was coming that night; so I went home and brought many potted plants indoors, covered up as many outdoors as I could, asking the angels to blanket the area with warmth, and protect the birds, flowers, animals, anyone out in the cold.

The next morning, I was pleasantly surprised that all made it through the night.  Maybe it hadn't gotten as cold as predicted, I thought.  But when I had to chip the ice off the birdbath with a hard rock, I wondered why I ask the angels for help, and then I'm surprised when positive results abound.  I did offer up an apology.

Also a spontaneous  trip to a rural post office to buy stamps made me chuckle at the synchronicity.  Only one person was in line with a priority 8 x 10 envelope.  How long could that take?  Turns out that man had postage stamps that covered the entire back of the envelope and much of the front!  Each stamp had to be hand-cancelled.  During the wait, I learned he's a stamp collector. Since I was interested in novelty stamps for my postcard crossing hobby, he gave me some helpful suggestions.

What fun to pay attention to what unfolds...knowing we attract the energy that comes to us. So don't forget to dot your i's and cross your t's.  Often these chance encounters bring the answer you're looking for to complete a desire. But most of all, remember to invite the angels to be with you along the way.